LAHORE: The acting class of the Alhamra Cultural Complex will produce a spectacular theatre show “Jhoot Kay Paon” next month,Qaiser Javed, play’s director and in charge of the acting class, told Dawn. He said he has directed over 500 plays and collaborated with stars like Moeen Akhtar, Irfan Khosat, Abid Ali, Waseem Abaas, and many other notables. He has been involved with the Lahore Arts Council since 1996 when there were panel directors. Speaking about the play, Mr Javed stated that Shaukat Zaidi wrote “Jhoot Kay Paon”. The subject of the play revolves around fake peers, who ruin the lives of many through their fake ways. He said two plays were under consideration, and the first, “Jhoot Kay Paon,” would be staged, followed by “Nehlay Pay Dehla”. 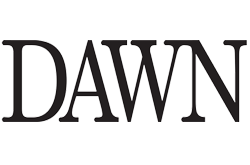