LAHORE:The work to draft the cultural policy has been completed. In this regard, an important meeting was held here Friday at Alhamra Arts Centre, The Mall.The meeting was chaired by Lahore Arts Council Executive Director Saman Rai. The meeting was briefed on cultural policy. It was informed that the work on policy had been going on since 2017, under which not only the department performance will be improved, but also many recommendations have been made in the policy. Various aspects of the policy were discussed in detail in the meeting.On the occasion, LAC Executive Director Saman Rai said that the Department of Information and Culture, including Alhamra, had worked hard to formulate a cultural policy. As a result, a draft has been prepared which will be submitted for approval soon. She said that cultural policy would lead to revolutionary changes in the field of culture. It will also strengthen art and culture and the most welcoming aspect of the policy is that, it would propose a number of strategies aimed at promoting art, innovation, capacity building and job creation, she added. 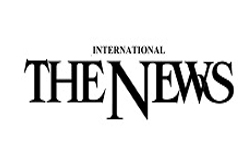